Hailing from just north of Pittsburgh, PA, The Redlines have taken personal influences and past experience to create their own distinct blend of classic rock & roll with hints of 60’s soul, 70’s punk, and 80’s heartland rock mixed with a touch of power-pop and garage rock. Led by singer and guitarist, Brian Seese, the band has continued to write, record, and perform throughout the region for nearly a decade.

The band is rounded out by second guitarist and occasional vocalist, Jason Lizzi, whose blistering solos and melodic leads often occupy the spotlight while the formidable rhythm section of Tony Vinski (bass) and Sandro Campagna (drums) create a rich and full foundation for each song.

This signature sound is on display on Kick Out Today (released April 22,2022), the first part of an eventual two-EP album in which the band decided to let loose and inject their sense of fun into the music and lyrics all while using the various permutations of garage rock as the canvas. A key component was teaming up with famed producer and engineer Eddie Ashworth (Sublime, Pennywise, Frenzal Rhomb, Great White) who helped shape and polish that vision. Mastered by the legendary Gene “The Machine” Grimaldi, these four songs reflect a new wave for The Redlines as they continue to try to avoid predictability while maintaining a recognizable sound.

This also marks the first collaboration with Pittsburgh-based Phychodaisy Records to produce and distribute the CD version of Kick Out Today while longtime label Swade Records will continue to manage digital distribution for the band. With this latest EP The Redlines have two full-length albums available alongside 2 EPs in addition to seven singles.

Songs from these albums have garnered airplay on Pittsburgh’s WXDX (105.9 The X), Butler’s WLER (97.7), Beaver Falls’ WBVP (99.3), Youngstown, Ohio’s WNCD (93.3 The Wolf), Sirius XM’s Little Stevens Underground Garage channel, and are in the regular rotation on multiple Internet-based radio stations. The band has also performed live on WDVE (102.5) as part of the DVE Coffeehouse.

On the stage The Redlines break out all the stops to put on an entertaining performance. Not content to simply play songs directly from their albums, varied as they are, the band mixes up originals and covers by enlisting the help of other musicians on the bill whenever the opportunity presents itself. Percussionists, violinists, singers and banjo and keyboard players have all joined to ensure that no show is the same. The band has entertained crowds at Mr. Smalls Theater, Jergels, Club Cafe, Howler’s Coyote Cafe, the 31st St. Pub,Smiling Moose, Lyndora Hotel, and Wooley Bullys, as well as venturing out to Ohio to play Cedars (Youngstown), Hidden Gem Music Club (Dayton), and The Buzzbin (Canton). The summer festival season has seen the band invited to R.A.N.T, Millvale Music Festival, The Pittsburgh Marathon, and The Deutschtown Music Festival, and for the last four years, The Band Jam Grass Roots Music Festival.

Brian Seese – Vocals/Guitar
Brian grew up in the 70’s listening to his parents oldies and old school country tunes. Even though he made some regretful musical choices as a young teen, this is when he first started experimenting with guitar playing and songwriting. Brian began with open mic nights in Las Vegas and then started his own band, Skankin’ Homer, upon his Pittsburgh return. Since then he’s played off and on while raising a family, now finally committed to The Redlines… until death finds him.

Jason Lizzi – Guitar/Vocals
Jason Lizzi may have made his first public appearance at a Bar Mitzvah with his Skiffle group, The Brighton Lads, but his biggest break was opening for Dick Dale. Jason’s influences include The Beatles, The Rolling Stones, The Kinks along with Curtis Mayfield, Bob Dylan, and Lennon/McCartney. He entered into show business at the age of 16 and still rocks The Redlines with his guitar styling.

Sandro Campagna – Drums/Percussion
With decades of experience, Sandro Campagna comes to The Redlines with unique influences and a diverse drumming background.  Performing since high school, Sandro’s most recent bands were the short-lived hip-hop cover band, Fistful of Ballers, and then The Station Saints.  When he’s not behind the kit he brings an air of sophistication to the band as the resident wine expert and wine maker.

Tony Vinski – Bass
As with most bass players, Tony picked up the bass in high school because no one else would. He stayed out of the spotlight for years, playing in basement bands that never saw the first floor, until 2001, when he started Paging Mr. Herman with a couple of the guys from Pittsburgh ska legends “Skankin’ Homer”. In 2011 he started The Redlines with Brian Seese bringing with him a wide-variety of influences and a unique perspective in the hopes that this band will finally keep him above ground for good.

•
Follow
We had a blast yesterday at The @bigbutlerfairpa Thank you to the great crowd and production team. The weather held out for us, unfortunately @theclarksofficial weren't as lucky but they sounded great for that 30 minutes! Big thanks to Utah Burgess and Shady Lady Productions. Special thanks to our friend and ex-bandmate Marc Ciorra for filling in on the drums. Butler, we'll see you on Jul 22nd at 4pm at Butler Bikes and BBQ at the Farm show grounds. Here's the some pics and videos from the evening. Photo creds Kelly Ciora Sparky Lightstock Aaron Cameron #bigbutlerfair #pittsburghrockandroll #theredlines #theclarks #welikeitloud
View on Instagram |
1/6

•
Follow
🎇 🎡 Hey! We'll be opening up The Big Butler Fair this Friday for Bike Night. 🏍️ 🏍️🏍️ $8 General admission fair tickets include the concert with The Redlines and following The Redlines is Pittsburgh legends @theclarksofficial ! 7pm people. Help us kick off a killer 🔪 🔪 #bigbutlerfair #openingact #theclarks #pittsburghrockandroll #welikeitloud #Kickouttoday day
View on Instagram |
2/6 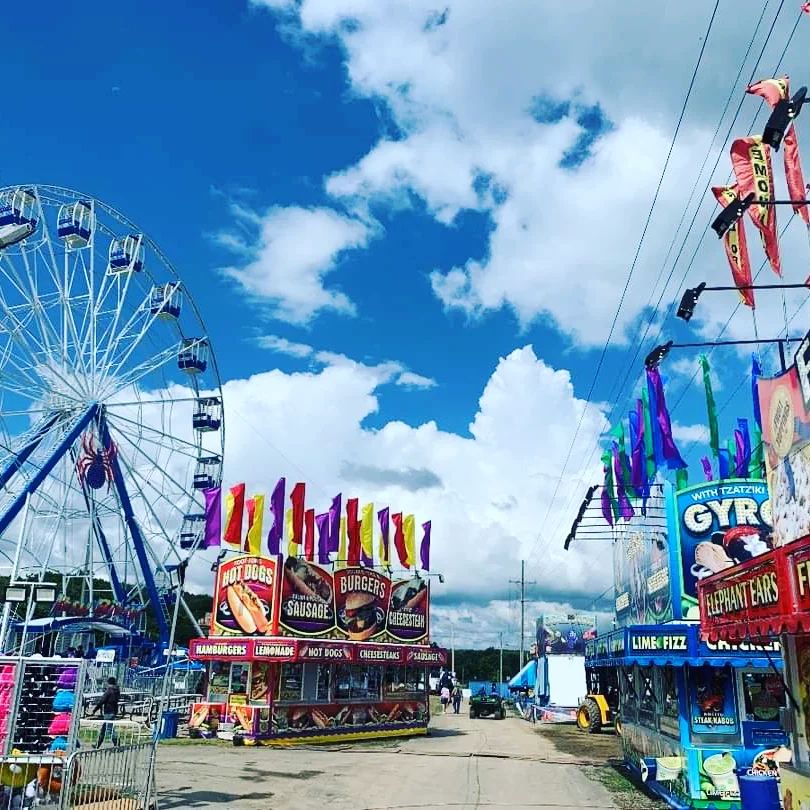 •
Follow
Attention Planet Earth!!! 🌎 We are happy to announce that The Redlines will be opening up 🏍️ bike night 🏍️ at The Big Butler Fair on July 1st. We hit the stage at 7:30. 🤘 Stay tuned for more details. #bigbutlerfair #thingstodoinbutlercounty #thingstodoinmercercounty #pittsburghrockandroll #kickouttoday #welikeitloud
View on Instagram |
3/6

•
Follow
The @millvalemusic was a freakin' blast yesterday. Many thanks to all involved with the fest. We started the morning by loading into the @redfishbowl_studios Pittsburgh Art bus for a quick livestreamed 2 song set (find it on the MMF Facebook page). Then 2 hours later set the bar high (according to Tom - thanks Tom, we appreciate that) for the festival with a blistering set (Jay got burned by his glass slide which sat in the sun for 30 minutes) which kicked off the Gap Park stage. Thanks to all of of friends who stopped by. Thanks to all who showed thier love. #millvalemusicfestival #welikeitloud #kickouttoday #redfishbowlstudios #pittsburghartbus
View on Instagram |
5/6

•
Follow
This Saturday is the Millvale Music Fest! 🤟 As if you didn't know right?? The Redlines are excited to kick off the Gap Park stage at 2pm. Before that though, we'll be live on @redfishbowl_studios @pittsburghartbus at noon which will be parked right in front of Gap Park. Don't bother knockin' ' cause the bus WILL be rockin. See you there. 518 Grant Ave across from Attic Records. #millvalemusicfestival #redfishbowlstudios #pittsburghartbus #Kickouttoday #welikeitloud
View on Instagram |
6/6

Scroll UpScroll Up Scroll Up